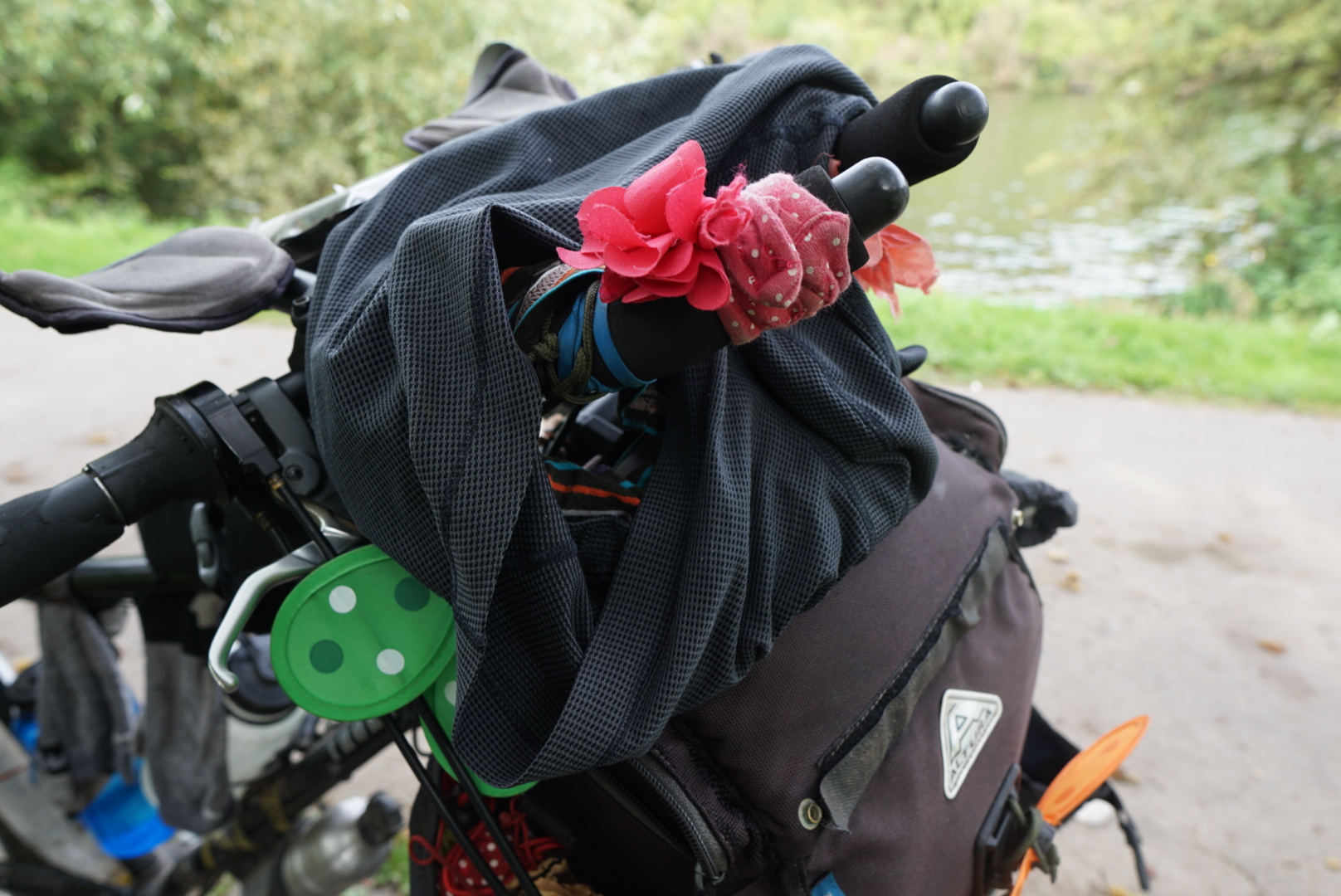 Maybe you were wondering how I was clothes as I travel. No? Well, here’s how anyway.

Most of all I think the key is accepting being a bit smellier than in normal life. I’m almost always outside, and usually not very close to people, so the social aspect doesn’t matter so much. It is nice to feel clean too, and I enjoy that when it comes (mostly from going in rivers so far), but also accept not always feeling that way.

I do wash clothes though, maybe not to normal standard, but it makes a big difference. I tend to alternative between two sets of “clothes that go next to my skin when cycling” (i.e. pants and socks) as those get the most sweaty. Also I have two tops, but those don’t actually get sooooo bad.

I tend to wear merino wool where possible. It’s a bit expensive, but worth it I think. My vague guess is that it can go 10x longer before getting equally smelly, when compared to a cotton top. And although I didn’t use much synthetic stuff, that tends to get and stay really stinky from my experience.

For washing them, I have two techniques. One is to just dunk them in a stream, I let them soak, then wring them out a bit, and repeat quite a number of times. The other technique I’ve been trying, which is new for me is to put them in a dry bag with water, and maybe a bit of soap too, and then roll the bag around (like a washing machine!). Then do the same with fresh water for a couple of times. This has had quite good results so far.

Then, the fun bit, drying them! (which is what actually prompted me to write this post, after I mentioned it to my Dad). Pants go on the aerobars (the long pointy racing things I have on my handlebars). Socks get wedged between the brake cable and the frame. Other stuff just randomly strapped on the back.

I kind of like the look of cycling along with pants at the very front 🙂 So for the piccies:

A holiday within my travels