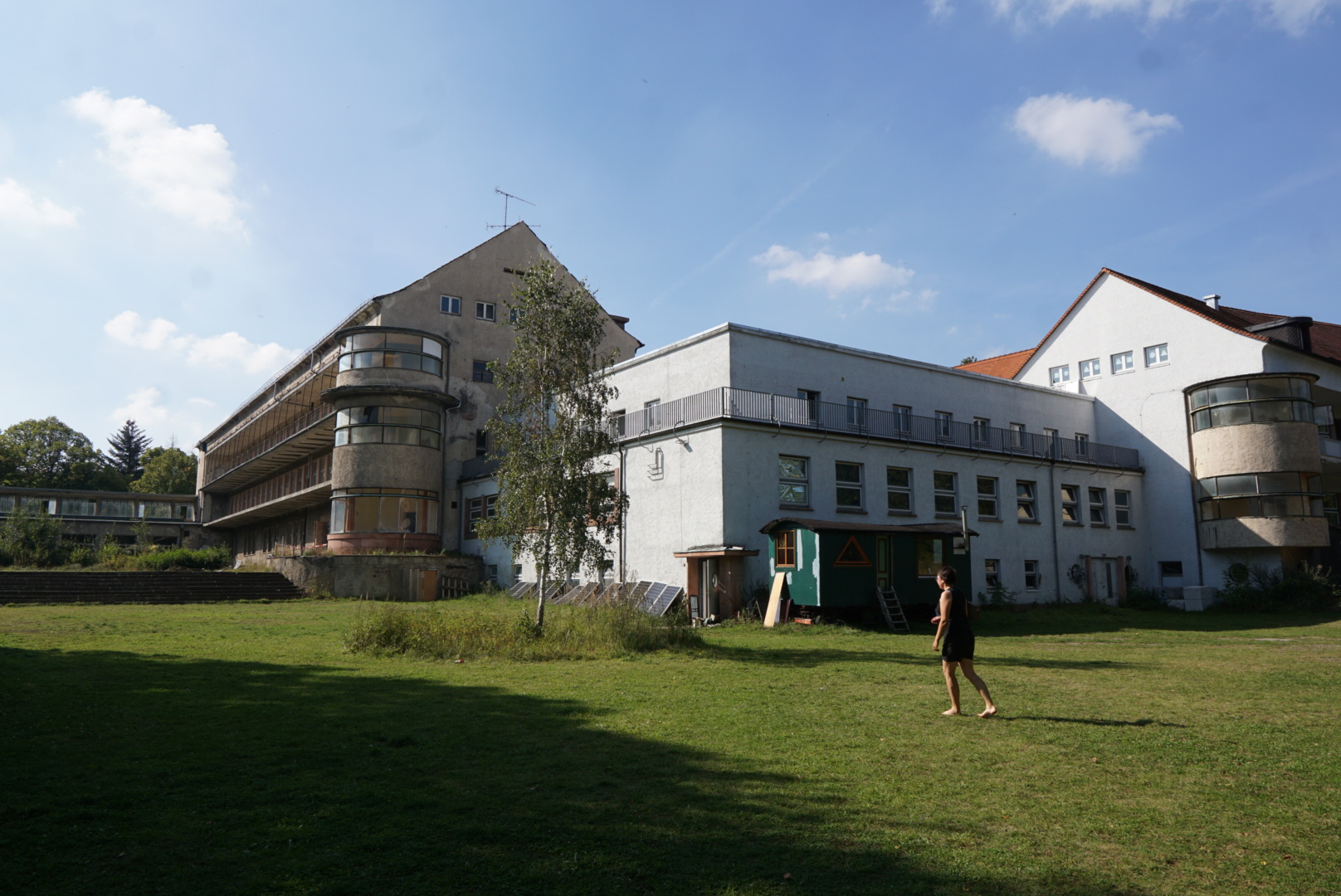 I spent 5 nights camping in the forest that is part of a community place known to me as “Harzgerode”, although that is actually the name of the nearby town.

Here’s a few reflections from that time. And some nice photos 🙂

I actually wasn’t visiting the community itself but a friend who lives there. I’ve spent a bunch of time in various communities and whilst the freeflow of people and time that tends to happen can be really good for me sometimes, for this visit I wanted to interact more consciously with specific people.

For me, this is perhaps a bit of a general topic about “community life” (by which I mean these more intentional and ideologically driven places), not so much space for interpersonal connection.

I don’t really know the community there enough, so it’s not really about them, as people or as a community. But I knew I was not really in a mode of being where brief connections (even if very nice) was what I needed. So I focused on two other parts: myself, and the small number of people I already had a long term connection with.

It’s long been a puzzle to me how to relate myself to those around me, and I tried a much more conscious approach this time, to say I wanted to be alone most of the time. I camped separately, physically as far away as I could get, and joined, or created other activities specifically.

I’ve also been thinking a lot more about “ceremony” and had a few more explicit sessions of sharing, particularly for hello and goodbye moments. Moments to reflect a little bit deeper, and make space for those topics that usually lie under the surface of the busy day to day life. I was very happy with how that aspect went.

I knew before, but it helped me clarify more, that that is not a place for me, or even probably places like it. I don’t know what I mean by “places like it”, but perhaps something like “ideologically driven people trying to symaltaneously revive neglected physical infrastructure, whilst re-imaginging the social infrastructure too”. I could probably refine the definition with some more thought, but it gets the rough idea across.

I also think it’s great that people do such projects. There probably is a critique of them somewhere in me, but right now it’s more about me, and where I want to be. And my way of exploring that is currently focused on self. Perhaps for other people they find the others, then themselves, but for me I think finding myself is first.

Ok, that’s a stupid phrase, “finding myself”, as if it’s a one time process, ending with, “oh, there I am!”. It’s more perhaps like a periodic phase for inward introspection. I have framed this whole trip a bit like that, it’s a good space for that to happen. With my physical environment changing day by day, what is there that stays the same, well, that’s me!

Well, I deviated a bit from the title. I’ll get back on track. The place itself (this is “Harzgerode” (or the actual name of the community is freie feld…. uck.. I don’t even know it, … I think last time I visited it wasn’t called that, it kinda changed over the years) is awesome, such an unbelievable huge and amazing space to inhabit (especially from the perspective of the city where every tiny space is filled).

All places seem to exist as an interplay between the physical and social infrastructure, each supporting the other. I do wonder here if the task is not too big. If I were Lord of the manor, I would consider splitting it into multiple seperate, but connected, communities. Anyway, I’m not, and I’m not involved, I don’t think such places are lacking in ideas anyway… they feel to me like rabbit holes of hope and possibilities (in a good and bad way, might get lost, might find something amazing on the adventure… I think much of my life philosophy is about going down rabbit holes… just trying to be careful which ones to choose).

Ok, getting sleepy now, time for a nap (under this nice oak tree by the river I’m writing from), on with the photos!

Leaving here is also the beginning of my solo trip, which in some way feels like the really beginning. That’s for some future posts though. Thanks for reading!

Memories of my last bike tour